Giving a Presentation? Don’t Stress Over it!

I have several presentations over the next few months, so it seems only fitting to write a post about public speaking. For some, talking in front of a crowd is easy. For others, it’s at the bottom of their TO DO list. Either way, there is bound to be a time when you’ll need to give a presentation. Here are some tips I use to be ready and relaxed.

Be comfortable with your topic. If you’ve been asked to speak at a conference or meeting, then there is probably a good reason. You know your stuff. Talk about what you know and your experiences.

Be simple with your outline. Don’t try to squeeze 60 minutes of information into a 30 minute presentation. Take into account your topic and the time allotted and select the most important points to share with your audience.

Use examples. I find that including a few examples tends to best illustrate a point. It might also help drum up questions from the audience and get them engaged. Consider using recent or highly publicized examples that your audience has most likely heard of.

Practice, practice, practice. Once you have your outline and presentation done, practice for content, rhythm and time. Keep what works and change up or take out parts that don’t seem to flow the way you thought they would. Putting the extra time into practicing will boost your confidence when it comes time to present.

Be prepared for technical difficulties. Technical glitches will happen. That is why I make sure I have my presentation on a flash drive as well as email a version to myself, just in case. I also make a PDF of the presentation. I don’t want to be stuck with an incompatible version of PowerPoint. If you are really worried, bring your own laptop just to be on the safe side.

Public speaking doesn’t have to be scary. It’s good to get out there and share your expertise. Look for opportunities at conferences and meetings. Once you have two or three under your belt, you’ll be a seasoned pro!
Posted by thePRexperts at 9:12 AM No comments: 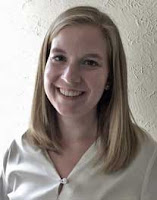 This football season I am lucky enough to be going to two games. My first time at Lambeau Field for a Packers game was the 2015 home opener against the Seattle Seahawks. It was the perfect day for a football game, brisk weather with clear blue skies! My fiancé and I parked near Lambeau Field, and after grabbing some food at a tailgate party in the “Garage Majal” we made our way with hundreds of other Packers’ and Seahawks’ fans to Lambeau. As we walked the sound of laughter, grills sizzling and beer clinking filled the air. The smell of brats, hot coals and freshly mowed grass wafted over as we past tailgate after tailgate. Fans dressed in their Sunday best high fived each other and finished their drinks before heading into the stadium.

We were seated by people from southeastern Wisconsin, Green Bay, West Virginia and Seahawks fans from San Francisco. There was some friendly trash talk that happened before the game, but as soon as the announcer introduced the former Packer player who would sing the national anthem, the stadium fell quiet. Hats off, hands over hearts and somber faces were seen around the stadium as every football fan, no matter the colors, listened and even sang along to the national anthem.

As the game started, every fan was on the edge of their seat to see who would score the first points of the game. As the game went on there was standing, celebrating, waiting and listening. Occasionally when our boys needed a boost, “Go Pack Go!” would ring throughout the stadium. As half time rolled around the game was very close and both teams’ fans tore their eyes away from the field to grab refreshments, stretch their legs and buy their favorite gear.

The last half of the game did not disappoint, as Seahawks and Packers fans sat on the edges of their seats waiting for referees to make calls and to hear if their favorite player would be returning to play another snap.

After the last interception by the Green Bay Packers ended the night with a victory for the Packers, fans celebrated as they walked out of the stadium to their cars. It was a victorious first football game for this Green Bay Packers fan, and I look forward to many more games to come.

When was your first Packer’s game day experience? Share your story!
Posted by thePRexperts at 9:01 AM No comments:

Which social media platform is right for your organization?

It’s easy for people in an organization to say “we have to be on social media;” but it’s often hard for them to explain why or what platform you should be using. Social media isn’t a one size fits all solution for communication. In fact, it is like any other PR tool, which means before you make a decision on what tools to use, you have to have a strategic communication plan in place. Who’s your target audience? What does the research tell you about them? Why are you trying to reach them? What do you want them to know and do?  Answer those questions (and others that are part of your plan) and then take a look at what tools can help you get to your goal.

Social media will most likely be in the mix, but make sure you understand why you’re using a particular platform, what you need to do to be successful and how to measure your results. You don’t have to be everywhere to have an impact but you do have to be in the right places for your organization to succeed.
Posted by thePRexperts at 2:13 PM No comments: