When was the last time you took a technology break? 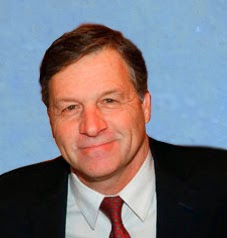 I was sitting in a local diner early last week, enjoying a hot cup of coffee while tuning out the banter of other patrons so I could concentrate on my own activities.  As I sat there, periodically checking my phone or my laptop for any new emails, I thought about the pace of my day and how that has changed thanks to technology.

In the amazingly fast-paced world we live in, with an almost continuous bombardment of messages coming at us from every direction, I thought to myself how incredible technology is. The world is now delivered right to the palm of our hands via smart phones, serving as virtual mini-TVs, always on and providing data to our brains.

What that means is a never-ending stream of messaging and information directed at us, with the sole purpose of capturing our attention. If you're like me, you're curious about what's happening in the stock market, politics or sports, and getting the latest updates should make us all better-informed citizens. But at what cost? When does technology become a burden or overwhelm our ability to process information?

You can certainly make the case that this information flow provides the fodder for our water cooler conversations or whatever the 21st-Century version of that would be. A Keurig conversation perhaps? We've become a country of people filled with pretty strong opinions on the subjects that impact us every day. Has technology over-stimulated our information receptors? After all, how much do we really need to know about the Kardashians or the President's pets?

I've read some great stories lately about folks "unplugging" from technology, some for as much as a week or longer. That length of time is not realistic for most of us, myself included. But, in small doses, maybe an hour or so a night, it might be a good idea to put the phone down and decompress. Take time to have a conversation with your spouse, your children or even yourself for that matter. The key is to have it without using technology or having it interrupt you. And don't talk about what the world is doing, talk about what you're doing and listen to what comes back to you in the form of an old-fashioned, face-to-face conversation. It might be the best news you've heard in a while.

Have you ever tried to escape from technology? If yes, for how long were you able to make it?
Posted by thePRexperts at 9:14 AM No comments:

Finally, I can upgrade

Like so many others, I’ve been anxiously awaiting Apple’s launch of the new iPhone 6 and iPhone 6 Plus.

Granted, I’m not crazy enough, nor do I have the kind of free time, to pull up a lawn chair and perch outside an Apple store for two weeks, wanting to be the first to get my hands on one. Yes, it’s hard to believe people would do this but, on the other hand, there could be worse things in life to waste your time on. In the words of my dad, “At least they’re not out stealing hub caps.”

My enthusiasm stems from the fact that I still have the iPhone 4. I passed on upgrading to the newer version, iPhone 5 or 5s, simply because the changes weren’t significant enough to warrant spending the extra money. Oh yeah, and also because I was still under contract which would have added significantly more cost to upgrade.

But alas, my contract has ended and the new phones are just what I was hoping for. For one, they are bigger which, I hope, also means the keyboard for typing is larger.  My wife giggles at me often for sending her the message, “I love you.” At least, that’s what I intend to type. Instead, because my fat fingers don’t do well on the little keyboard, I often text her, “I live you.” Mis-typed words happen frequently but, thanks to my wife’s keen deciphering abilities, she is surprisingly able to understand most of what I text her.

We are both grateful I’m not a high level government official sending texts to other world leaders. I’m pretty sure my texting errors would have started World War III by now. At the very least, a small border skirmish with Canada.

Besides the increased size, there’s also a better camera, faster processing and a host of new features I’m looking forward to trying out.

My biggest problem now, besides determining whether I want the 6 or 6 Plus, is waiting the few weeks until they become available locally. Oh well, I’ve waited this long, what’s a few more days going to hurt?

Are you planning to get the new iPhone? If yes, were you a hold out like me and which do you plan to get? What do you use your phone for, work or purely personal?
Posted by thePRexperts at 12:56 PM No comments:

In order for a communications plan to be effective you need to take a well-rounded approach to the development of the plan, its implementation and, of course, the dreaded ‘M’ word… measurement.

I know, it’s not glamorous, and not always an exciting job, but measuring your progress and/or success is quite necessary. How can you tell if what you are doing is effective, or if the message you want to share is being heard, if you don’t ask the audience you are trying to reach?

Many people think that measuring progress is full of mathematical equations and pie charts, but there are really only a few things you need to know to get started:

Measurement can take many forms. Measurement doesn’t have to be complicated to be effective. It can be a quick online survey, using statistics generated from a website or social media platform or reactions from target group. Just be sure to choose a measurement tool that resonates best with your audience and will provide the most accurate results.

Do it often, but not too much. Measuring the success of your communications campaign after the first year is critical, but don’t rest on the results of just one year. Consider conducting some form of measurement on a semi-annual basis to make sure you are still meeting the goals you set, are considering new goals and reaching your audience.
Posted by thePRexperts at 10:52 AM No comments:

I can’t sleep…should I be more productive?

I’m not sure why, but I’ve been having some trouble sleeping lately. I find that I wake up during the night and I’m wide awake. Then I came across a blog from marketing and public relations guru Peter Shankman on the very subject…“Five ways to turn occasional insomnia into productivity.”

Let me tell you right off the top, I won’t be looking to do a workout when I wake up and can’t sleep during the night and probably won’t be heading out to meet new friends at 3 a.m.

But “listening to the other side of the world” holds some interest. In fact, my Instagram account includes a number of photographers from around the world and there are always some interesting posts that pop up while I’m sleeping or at least trying to sleep. Shankman suggests going on Twitter and looking for people who are currently tweeting using hashtags within your industry or other items of interest.

Shankman also suggests using this new free time to try out new things that might improve productivity, including checking out ProductHunt.com to “get the latest apps, programs and browser extensions to make you more productive.”

As for handling those annoying tasks, we all know what they are; from cleaning out your inbox to filing papers to updating your checkbook log.

My hope, of course, is that, starting tonight, I’ll be able to sleep through the night. If that doesn’t happen, maybe I’ll try some of these suggestions.

How about you? Would you consider increasing productivity when you should be sleeping?
Posted by thePRexperts at 9:58 AM No comments: