Clearing out your inbox


Are you a person who can ignore unread emails in your inbox, or are you in the group that feels you have to take immediate action when an email arrives? 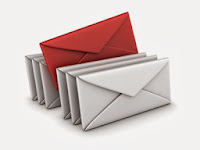 A recent piece by Joe Pinsker in The Atlantic espoused the theory that there are two types of emailers in the world, those who can and those who can’t ignore incoming email. He poses the question, “How is it that some people remain calm as unread messages trickle into their inboxes and then roost there unattended, while others can’t sit still knowing that there are bolded-black emails and red-dotted (email) messages?

To be honest, I didn’t really need to read the article to figure out which group I’m in; I knew as soon as I read the headline. There’s no doubt, I’m in the group that “can’t relax until their inboxes are cleared out.” In fact, I just had to check an email that popped up while I was typing that last sentence.

I also have to admit that this doesn’t just happen when I’m sitting at my computer. Since I’m connected to work email through my smartphone, I’m drawn to check and delete unwanted emails even while away from the office on the weekend or while on vacation.

So, why do I feel compelled to constantly check my email? The Pinsker article cites a study by Gloria Mark, a professor of informatics at the University of California, Irvine that speculates that people who feel compelled to check email “may be more susceptible to feeling a loss of control and in missing out on information.” Here I just thought I was hooked on technology; turns out there may be more to it.

What about you? Do you constantly check your email? Are you OK if there’s a red dot with an increasing number on the email icon on your smartphone?
Posted by thePRexperts at 1:12 PM No comments:

Graduates – welcome to the workforce. Tips for Success

While attending a number of graduations in the past few weeks, I’ve been thinking about the exciting world of possibilities for the grads I know. Of course, most grads are just trying to find a job before they start thinking about setting the world on fire. The work world can seem a bit overwhelming; especially in the early going. But, there are some simple tips for success that can help with that transition. Some of them are things I wish I knew, or paid more attention to, at that stage of life.

Network. You don’t know where your next promotion, job or career will come from. By networking, you’ll be surprised at the personal and professional friends you’ll make. They won’t all look like you, talk like you or act like you; but they will care about you. Conversely, you are going to meet and work with some people you really don’t like. Learn how to manage those more difficult situations and you’ll gain valuable skills that will help you succeed.

Talk with your boss. No, this is not brown-nosing. How do you know what makes your boss tick and what’s important to them if you don’t talk with them? How will they know about your successes and your challenges? Early in my career I thought if I just did my job, my boss would know I what a good job I was doing. Now I realize they weren’t mind readers!

Finally, two words sum up what might be the most important advice: show up. Show up mentally each and every day and show up on time for work and for meetings with colleagues and clients alike. It’s easy to be distracted by your social life, a boyfriend or girlfriend, or that new apartment you’re hoping to move into next weekend. By paying attention to the work at hand while you’re actually working, you’ll learn a lot about your environment, co-workers, clients and career.  As for being on time, it’s a simple way to show respect for the work you do as well as other people’s time. And don’t bolt out the door at the end of the day. You don’t have to stay an hour after everyone else, but don’t hit the eject button at 5 p.m. on the dot.

While making the jump from college to career is exciting and frightening all the same time, it can be a fun and very worthwhile journey. So jump in and enjoy the ride!
Posted by thePRexperts at 10:29 AM No comments:

Return on Investment, or ROI, is often the determining factor when it comes to committing to and staying with an advertising or public relations campaign. Did the campaign work? Has it created new customers? Did it deliver visitors to a website, landing page or social media site?

Unlike traditional advertising campaigns, measuring ROI for social media can be a challenge. It's easy to use analytics to track increases in page follows or likes. However, determining the effectiveness of those efforts is still tied to traditional measurements such as increases in sales and/or new customers. With social media, it’s important to incorporate new measuring terminology.

Buzz is a commonly used term associated with the popularity of a post or tweet. It’s used to describe the amount of online sharing of a specific post or tweet. Buzz is still fairly nebulous as it essentially measures something that's inherently difficult to measure creating a true "know it when you feel it" scenario.

Viral is another term. We all recognize social media campaigns that have gone viral, including well-known examples like the ALS Ice Bucket Challenge and Dove's "Real Beauty" sketches. They often take over our social consciousness and for a brief moment, seem to be the only thing people are talking about.

When designing a social media campaign, or simply creating an interesting post to promote a client or product, think about ROI while you're still early in the creative process. This includes evaluating the following:


In many instances, using humor is a very effective way to reach your social media audience. When done well, it certainly can make people want to pay attention to your client's message.

Providing relevant or actionable information is also a great tool for a social media campaign. Asking someone to do something is always a leap of faith and, delivering on that expectation, can establish a trust that delivers real results for a client.

Although exploding in popularity, social media is still in the early days of its incredible potential for reaching consumers. Taking some chances on the creative side can give you the ability to tell your client's story in an exciting, new way. Be bold, and don't be afraid to innovate.

What's the most memorable social media post or marketing campaign you've seen?
Posted by thePRexperts at 9:53 AM No comments:

Good or bad, social media is keeping us on our toes

Several recent news stories have highlighted how social media is fast becoming the new way to help solve crimes, or at the very least, embarrass those behaving badly.

For instance, a man walking a portion of the Oregon Trail came across a father and his kids scratching their names into the railing of a walkway overlooking a scenic area. The man approached them to say that they shouldn’t be doing that but the father ignored them.  The man took a photo of the three and posted it to Facebook in an effort to shame the dad and hopefully help identify who he is. The story went viral with more than 52,000 views. http://www.usatoday.com/story/news/nation/2015/05/05/facebook-outrage-over-park-vandalism-sparks-probe/26958565/

Another story recently in the news is about a California police officer who recorded herself participating in the ALS ice bucket challenge by dumping a five gallon pail of ice water on her co-worker. She posted the video on her social media. She’s now facing up to six years in prison for insurance fraud. Seems she was on disability for a back injury. Investigators are wondering how she was easily able to pick up the heavy bucket and dump it on her co-worker with the appearance of no pain.  http://www.newser.com/story/206379/ice-bucket-video-could-get-cop-6-years-in-jail.html?utm_source=part&utm_medium=usatoday&utm_campaign=syn

And finally, fans of taking selfies will want to take note. A pair of tourist in the Italian city of Cremona recently broke the crown off the Statue of Two Hercules, causing it to fall to the ground and smash into pieces. This reportedly happened while they were climbing onto the statue to take a selfie. Reports are the Italian authorities have identified the culprits. Sadly, this isn’t the first time the statue was damaged by visitors taking selfies a bit too close.
http://www.artlyst.com/articles/statue-of-the-two-hercules-damaged-by-selfieseeking-tourists?_source=rss

There are many stories like these more but to write about them all would extend my blog to 20 pages or more.

The next time you post something to social media or feel the need to take a selfie, think about what you’re doing. Better yet, think ahead of time on how you can be a better citizen.

Have you ever caught somebody on video doing something wrong and uploaded it to social media to shame them or help catch the culprit? If yes, did it work?
Posted by thePRexperts at 9:01 AM No comments: