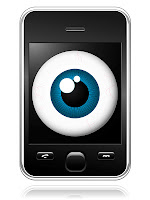 Rarely a day goes by lately without some report of another effort by the Federal government to secretly collect phone records. We’ve recently heard about the phone records of the Associated Press and Fox News. Now, there’s word that the National Security Agency (NSA) has been collecting the phone data of ALL Verizon customers inside the U.S. since late April.

The leaked court order showed that the Foreign Intelligence Surveillance Court gave the OK to order Verizon to produce “all call detail records” or communications between the U.S. and abroad or wholly within the U.S., including local telephone calls.

I’m not a Verizon customer, but I’ve probably called someone with that service in the last month or so. I’m pretty sure the Federal government wouldn’t be interested in the fact that I called a family member or friend during that time. Quite frankly, my phone calls aren’t all that interesting even to me.

It’s troubling, however, that a court can say it’s OK for the Federal government to secretly obtain these records from a private business just as I find it troubling that I can’t really drive down, or walk along, the street without a camera monitoring my actions.

I understand the argument that all of these actions are taken, nationally and locally, in the name of security. But when is enough enough? When have we given up too many of our Freedoms and our privacy?

Are you troubled by the latest revelations of the Feds collecting phone records? Are you OK with these steps “in the name of security.” Let us know what you think.
Posted by thePRexperts at 10:22 AM