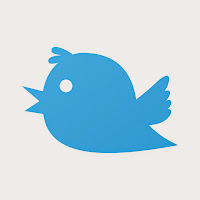 Yes, you read that correctly and, no, it’s not me purposely trying to stay under the 140 character limit in the headline. This is a blog, not a Tweet.

Reports are that Twitter will stop counting photos and links as part of its 140-character limit for messages. That means you can now really say what you want to say, that is in 140 characters or less.

Currently, links take up 23 characters after Twitter shortens them automatically. Freeing up 23 characters for your thoughts instead of links may not sound like a lot, but in the world of tweets where brevity is king, it definitely would be a major change.

This comes after Twitter was contemplating raising the character limit to 10,000. Thankfully, wiser minds prevailed. It’s hard enough to keep track of the all the tweets scrolling down the page. Imagine if each one was the length of a novel. Ok, 10,000 characters doesn’t qualify for novel length, but you get the picture.

The major benefit I see to this change is in the business world where brevity is sometimes hard to achieve. This will make things a bit easier.

What do you think of the pending change? Will 23 more characters make much difference for you?

It’s graduation season, and as an early-graduate I’ve been able to watch my friends graduate from college and enter the “real world.” A term that generally strikes fear into a college senior’s heart, I thought I would offer some words of advice to my new work peers on the “real world.”
The “real world” isn’t nearly as bad as it seems. It won’t be an easy transition, but if you put in effort, give yourself a little grace and don’t give up you’ll be a full-fledged working adult in no time.
Posted by thePRexperts at 9:03 AM No comments:

How Much is Too Much?

First and foremost for me, is that you have to have something worthwhile and interesting to share. If all you’re doing is a sales pitch day after day, you’re not going to be very effective. People want knowledge. They want insights. They want to know about trends, issues and challenges along with those all-important sales or promotions. The bottom line:  What is this post going to do for them, your audience? Answer that question, and you’re on your way.

But there’s still the question of how much is too much? Think of it like this:  How often do you want to hear from your best friend? Your mother? Your cousin? It varies, doesn’t it? And then we all have that one friend who would talk with us ten times a day if we let them; but we don’t, because they just go on and on. Social media is a lot like that. There is no one size fits all answer, but the key is to do it well and find the balance that gets the results you’re looking for.

Do you have any guidelines you use for posting on social media? Love to hear your thoughts.
Posted by thePRexperts at 9:09 AM No comments: