The fight over “more than” may be lost!

Imagine the shock last week when I learned that the AP Stylebook was changing its approach to “over” and “more than.” After decades of teaching that “over” generally refers to spatial relationships and “more than” was preferred with items that could be counted, the Associated Press announced that they could now be interchanged. Apparently it’s become common for people to say the cost of the jacket was “over” $60 or that the Packers scored “over” 35 points that the AP was giving up the fight.

Of course, that doesn’t mean I have to give up the fight. I made it clear this week while proofreading something in the office that I will continue to suggest changing “over” to “more than” when dealing with numbers.

You see, I’m a traditionalist in many ways. Yes, I went along with the AP Stylebook when the change was made from two spaces after the period at the end of a sentence to just one space after the period. I was also OK with changing Web site to website. I’m even OK with some of the new words that have been added like SnapChat, emoji and selfie (not that you’ll ever hear me use the word selfie outside of this blog).

But making “more than” and “over” interchangeable is like instituting the DH in baseball – you can try, but you won’t be able to convince me that this is a good change.

So this morning as I checked out Facebook I saw this…“On March 26, Summerfest announced over 75 headliners!” While I didn’t cry out loud like I might have a week ago, I did still cringe. Maybe this is just something that only bothers old reporters like me who still spend more time reading the AP Stylebook than any bestsellers.

What do you think? Should “over” and “more than” be interchangeable? Will you still yell at the TV when someone says “over $2million?”
Posted by thePRexperts at 1:40 PM No comments:

You don't need to be on every social media platform! 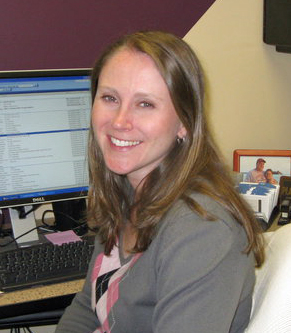 By Kristen Paquet: Senior Account Executive, Leonard & Finco Public Relations
The other day, as I often do, I picked up my son’s iPod to check out his social media accounts and noticed a new platform, Kik. Kik, for those that don’t know, is basically another chat site geared toward a younger demographic. It’s really no different than about a million other social platforms out there; it’s not even that different than sending a text message! When I asked my son why he’s on Kik, his answer was simple: “Because everyone else is.”

That answer really got me thinking about how some businesses use social media and how many are on certain platforms for no other reason than because everyone else is. Really? That is the strategy you use? I think that for some, social media is a confusing and ever-changing concept that can be so overwhelming that it’s just easier to follow the crowd. Or we hear about the latest and greatest in social media and instantly feel the need to have a presence on it. These are the businesses that are being led by the fear of missing out instead of taking an analytical look at how a certain social platform can help them meet business goals.

To know whether you are on the right platform(s) or not, try answering a few simple questions:

If you’re struggling with your online presence, it might be because you have too many platforms to maintain or you are on the wrong one. Don’t be led by fear; be smart about your social plan so the platforms you do engage with will give you the results you are looking for.

Is there such a thing as being on too many social platforms? What do you think?
Posted by thePRexperts at 9:06 AM No comments:

What’s in a name? Ask actor John Travolta and I’m sure he’ll tell. Ever since mispronouncing Idina Menzel’s name, badly I might add, while introducing her at during the Oscar’s telecast, the social media world has gone wild. It sounded more like he said Adele Dazeem or something like that.

His flub has created a firestorm of people weighing in on the topic, many of whom are not being to kind or forgiving to Travolta.

Granted, I can fully understand that Travolta only had a few lines to read and that he should have rehearsed the proper way to say Menzel’s name prior the actual introduction, but I think the world needs to cut him a little slack.

Truly the only person that has a right to be upset is Menzel and she brushed it off graciously while accepting an apology from Travolta after the show.

If you analyze the situation deeper and, from a PR perspective, this miscue did more to elevate Menzel’s presence at the Oscars than did the song she sang. In addition, it’s most certainly giving her residual coverage that she would not have received otherwise and that never hurts a career in that industry.

Now don’t go slaughtering people’s names on purpose to make them even more popular. That only works in Hollywood. Trust me, if I grew more popular based on my last name being mispronounced, I’d be more famous than Brad Pitt, George Clooney or Travolta combined.

For now, Travolta has apologized and Menzel has accepted. Let’s move on to something more important such as who was the best dressed.

What are your thoughts? Do you think it’s fair for people to take to social media to ridicule someone for a flub that’s completely harmless and was obviously unintended?
Posted by thePRexperts at 2:31 PM No comments: