Is your business keeping up with today’s social media, like Facebook and Twitter? Great! But what about your website? Even though your website is not constantly updating with statuses and tweets, it should also be changed frequently to keep up with today’s internet trends. Looking to increase traffic? Sales? Awareness? Here are a few tips to keep in mind when revamping your website:

Check the back end of your website. How do you get to know your consumers through a website? Knowing your audience is easier than ever with Google analytics or web analytics telling you who is visiting your website, at what time of the day, how long users stay on each page and what directed them to your website. This type of data collection can help you tailor your website to your target audience and see what’s working, and what’s not working.

Optimize your web content. How do you get people to find your website? Put SEO, or search-engine-optimization, keywords and phrases in your content to allow search engines like Google to easily screen and recognize those frequently searched terms. Websites land higher on search listings based on relevance to search topics and phrase matching. If you haven’t gone through some old copy on your website, now may be a good time to saturate your web content with SEO keywords or phrases.

Keep up with technology. Know what type of media engages your audience, and provide it. In addition to copy, be sure to include videos, photos, social media links, QR codes and any other multimedia feature on your website. This takes away the flatness of your website and allows more engagement on all the branches of media your brand offers. A mobile version is also a must, since most users access websites through their mobile phones.

Usability is vital. When navigations, copy and links are easier to read and find, visitors feel more comfortable and stay to snoop around. It’s helpful to keep up with today’s best practices, as it’s always changing. You have seven seconds to catch your visitor’s attention on your home page, so be sure the most relevant, or eye catching, material is above the scroll line. Logos are usually placed on the upper-left corner of the website and social media links are usually placed on the bottom right of the website.

The best thing about websites is that it’s not written in stone, and you can always change it up whenever you want. Did you find your website missing any of these four tips?
Posted by thePRexperts at 10:50 AM No comments:

Conducting a social media audit: Is it really necessary?

Let’s say you just started running your company’s social media pages. You already have some great posts up your sleeve, so it’s time to dive in, right? Wrong. The very first thing you should do is conduct a social media audit. Neglecting a social media audit is like trying to come up with a plan to fix a problem before you know what the problem is. And even though there might be some big problems on those pages, you may brush right past them if you focus too much and too soon on posting the first thing that comes to mind.

From there, you need to determine if the appropriate channels are being used. Is your company investing too much time in LinkedIn while ignoring Instagram? Take some time to determine what sort of content was being posted on the various platforms (e.g. promotional videos, text questions, employee spotlights, etc.). On each individual page, check simple stats like likes or followers, but also check engagement rates. It’s important to note if stats are improving, staying the same, or maybe even decreasing.

Collect all your data in a document or spreadsheet. Now you can isolate the problems that need to be addressed. Start with the big stuff, like whether or not an account needs to be deleted altogether. Work your way up to the cosmetic changes, like changing the profile picture. By analyzing both the timing and content of the best and worst posts, it will become clear what kinds of posts you should replicate or stay away from in the future. That research will probably even help you come up with your social media content calendar, which is another vital piece of a great social media strategy.

The social media audit really needs to be the first step in your social media strategy. Even forming social media goals is important, but it will be difficult to determine where you can go with your pages if you have no idea where they are right now. And don’t forget to conduct a social media audit periodically as well!
Posted by thePRexperts at 10:54 AM No comments:

You don't need a title to be a leader - why not step up and lead?

As we begin the long slog to the November presidential election for the next leader of the free world, you may be asking yourself, what does it really take to be a leader? The dictionary defines a leader as a person who commands a group, organization or country. We all know people who serve in leadership roles because of the title or the position they hold, and while respect and admiration is certainly a byproduct of that authority, both of those feelings can certainly be generated independently of any traditional roles or expectations.

We've all also probably seen more than our share of so-called leaders who stumble along or fail miserably, and are often propped up by the work of other people, usually on the low end of the pay scale. Politics is probably the best demonstration of that – whatever happened to the expectation that these folks are the best and brightest – but there are plenty of other examples where a title is supposed to be followed up with a skills set that includes inspiration, vision, wisdom and integrity. But those are rather nebulous terms; what's really required?

You certainly don't have to be an officially recognized leader to be considered one. Think about people you know, work with, or that are part of groups or organizations you belong to. Are there certain characteristics that define them?

Leading by example is an action that demonstrates to peers, co-workers, family members or community members that you have what it takes when leadership is called for. Leadership during good times is generally fairly easy, but as difficulties emerge, and tension and stress levels increase, a good leader calms the situation, bringing resolution instead of indecision. Great leaders bring a forward-thinking focus that doesn't let bad news slow them down, instead driving them to problem-solve and innovate, essential skills of real leadership.

Communication is also one of the key must-haves if you want to be considered a thought leader, one of those people who others look to when challenges arise. Can you digest and communicate complex or difficult problems in an easy to understand manner? Developing talent and encouraging participation in the process is one of the most enriching values that real leaders demonstrate. Building a team that works together, exceeds targets and reaches new heights is the mark of someone who inspires leadership. Do you have what it takes? Start practicing today, and see what happens.
Posted by thePRexperts at 10:59 AM No comments:

All words have a lifecycle; like fashion, they go in and out of style.  But some words seem to become the word du jour out of the blue and then, once they gain a little traction, the word (or words) are everywhere to the point of being over-used.

Take the word “pivot.”  Growing up, I always thought pivoting was something you did in ballet or in basketball.  Then, in business, I learned about a pivot table, which is a data summary tool. Still, these were pretty limited uses of the word; but now, that’s all changed.

Pivot- and pivoting – are the word darlings of 2016. They are being used for everything from political to sports business decisions to online gambling. Here’s a sampling:
Frankly, all this pivoting is making me dizzy!  I don’t have a problem with old words getting a new life but, like most over-used words,  this one’s time has come and should be long gone by now.  And I don’t’ think I’ll pivot on that opinion.  What over-used words would you like eliminated (or maybe just reduced) from our vocabulary?
Posted by thePRexperts at 12:53 PM No comments:

Email – not always the best way to communicate 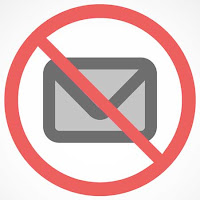 I’ve been in the communication business my entire adult life – first as a radio and newspaper reporter and now as a PR pro. Of course, much has changed in the decades I’ve been at this. The vast majority of my time as a reporter took place before the Internet and email were a big thing. Now, the communication options seem to be endless and changing every day.

Even with the advent of social media and all the ways we can communicate with each other, email remains an important component, particularly in the business world. A recent article on Forbes.com caught my attention…“Email Spells Disaster for Leadership Communication.”

The thrust of the article was basically – don’t rely on emails for things that really matter! It’s a topic that we’ve discussed a number of times in the office. Email is great. You can carefully craft your message and take time to review it before clicking send. But I think we all understand, yet sometimes forget, that there are definitely times when it’s best to pick up the phone and talk to someone directly. And there are times when you need to communicate in person.

While you can certainly take your time with email and formulate the exact response you want, we are often faced with a large volume of emails which can lead to mistakes as we rush through them. That can be a problem. As the Forbes.com piece pointed out, “you can lose the ability to convey tone in email communication.” Misinterpretation can happen because “people emphasize different parts of the message and ‘hear’ it different than was intended.” And that’s more likely to happen when you zip through a lot of emails at once and fire off quick responses that can seem terse.

So next time you sit down to go through that long list of emails, think about whether an email response is the best way to go. It may be time for a phone call or that in-person meeting.

Do you prefer to communicate via email? Would you rather get a call on occasion? Let me know what you think. Post your comment here…or give me a call to discuss.
Posted by thePRexperts at 12:53 PM No comments: