Quick Response codes, dubbed QR codes, are popping up everywhere and are the latest, fast moving trend for marketers to share information about a product, business or individual.

QR codes have been around for a few years but are skyrocketing in use due to the growing popularity of smart phones, the most convenient tool for people to quickly and easily scan the code.

Not sure what I’m talking about or you're feeling this is too techie for you? Well, I’m sure you’ve seen them. They are popping up everywhere in print ads, in many stores and even on packaging labels.

Yes, this QR code represents me, or at least my contact information. I’m still trying to adjust my ego in regards to being reduced down to a funky looking postage stamp but the uses for this technology are nearly limitless and creating one for yourself, your business or product is simple.
The best part, put a QR code on your business card, packaging or anywhere else the public will see it and you have a direct link back to you, your business or product information.

How easy is it really? Using a smart phone, you simply download your choice of several free QR barcode reader aps. Then you literally take a picture of the image with your smart phone and it launches you to information or a website designated for that code. It really is that simple.

I’m curious to learn what creative applications you may be using a QR Code for. Share your thoughts or tell me what you like best about this technology.

Oh yeah, in case you want to check out the Leonard and Finco website, here it is: 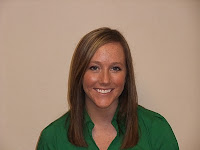 Internet TV, mobile apps, and social media…March Madness is fully underway and this year’s basketball tournament is more connected than ever. The NCAA took advantage of a great PR opportunity by providing sports fanatics and viewers with multiple ways to engage and watch every game possible no matter where they may happen to be, making March Madness more high tech than ever.
As with TV shows, viewers can now watch any March Madness tournament game live online with March Madness On Demand. Can we say second game screen? I am sure many basketball lovers will be connecting to Internet TV as way to watch more than one game at once.

But not only can viewers watch any game live and streamed right to their computers, they can watch games from an iPhone, iPod Touch and iPad. By downloading the March Madness On Demand apps viewers can watch every game of the tournament.

Where would March Madness be without a Facebook page? No need to wonder. The NCAA has a Facebook page dedicated exclusively to March Madness. With 189,735 current “Likes” the page shows locations and dates of games, provides history on the tournament, photos, opportunity to order tickets and a quick guide for anyone planning on going to the Final Four.

The NCAA also has a Twitter account for March Madness, @marchmadness with more than 17,527 current followers. Two of the top hash tags to use are #NCAA and #MarchMadness. Fans are sharing on Twitter by rooting for their favorite teams and sport reporters are providing play by play updates.


This year’s March Madness has proven to be one where you don’t have to sit in front of a TV and watch the actual basketball games to get the scoop on the teams that are making their way to the Final Four. By connecting via social media people can get the latest updates on the entire tournament and root for their favorite teams with the click of a button.
This is yet another example of the pivotal role of social media and its ability to help people stay connected. How are you watching the tournament and staying connected this year?
Posted by thePRexperts at 11:35 AM No comments:

No Escaping the News

As a former news reporter, I’ve spent a lot of time thinking about the major news stories that have recently been grabbing headlines and taking over social media. On one day alone we saw the devastation caused by the earthquake and tsunami in Japan, Gov. Walker signing the Budget Repair Bill in Wisconsin and the NFL owners moving ahead with a lockout as the players union moved to sue the NFL.

The video from Japan has been heartbreaking. With today’s 24/7 news cycles, social media and technology, we immediately saw the terrible impact of the natural disaster with waves picking up automobiles, crumbling buildings and destroying lives right before our eyes. Add to that the still ever-changing developments with the Fukushima Daiichi nuclear power plant and it’s difficult to imagine how parts of Japan will ever recover.

Closer to home, the discourse in Madison continued to grab headlines and draw thousands to the State Capitol weeks after Gov. Walker introduced his Budget Repair Bill. No matter where you stand on the issue, it has been a troubling month for the State of Wisconsin and its citizens and one has to wonder about the long-term impact of the crippling divide of our legislature and our citizens.

When it comes to the NFL, I’m sure some will utter the usual…“It’s only a game.” In some communities that may be true. But in Green Bay, Wisconsin it’s far more than a game. The NFL and the Green Bay packers are big players in the local economy. Yes, it can be difficult to watch the squabbling between billionaire owners and millionaire players, but the impact of a prolonged lockout would be significant for many businesses and individuals in our area. Let’s hope there’s football to talk about when training camp is scheduled to open in late July.

With all of that depressing news hitting last weekend, part of me wanted to leave the newspaper on the porch, turn off the computer to avoid Facebook and Twitter and steer clear of news updates on TV and radio. Escaping to the rink to watch the St. Norbert hockey team earn a berth in the Division III Frozen Four provided a bit of a break, but I was quickly drawn back to these major news items, especially the developments in Japan.

Do you ever find yourself thinking about avoiding the constant onslaught of news? Is that even possible given the continuous barrage of news from so many sources today? Let me know what you think.
Posted by thePRexperts at 8:36 AM 2 comments: 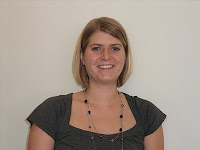 What can be said about Charlie Sheen? From movie and television star to recovering addict to unemployed “winner,” Sheen has been in the public eye and has not been shy about sharing his true feelings as he goes through life.
Even years ago there would be news stories about Sheen’s wild behavior or trips to rehab and I always thought that the negative publicity would hurt his career. As it seems now, many would agree with me, including the “Two and a Half Men” executives, who recently cancelled production of the sitcom’s remaining episodes due to Sheen’s recent behavior and then fired him from the show.
However, much to my surprise, the whole Sheen situation has been like a car accident you can’t look away from. He’s done interview after interview after interview talking trash about a variety of people and in some cases sounds a little insane. Nonetheless, it seems like people are liking it or are so infatuated with the wonder of what he’ll say next that they can’t turn away. Either way, Sheen is everywhere.

While it may be difficult for Sheen to get back into the acting world anytime soon, he has jumped into the world of social media head first, telling TMZ that it’s “a cash cow.” Sheen joined Twitter, with a quickly verified account, on March 1. Less than 26 hours later, Sheen had more than one million followers. In less than 10 days, his followers were up to 2.6 million. With this kind of following, the possibilities are endless.

It will be interesting to see how this saga continues to unfold. What I’m curious to know is, after all the hype dies down and there’s another celebrity making headlines, will Sheen be able to capitalize on his instant social media success? Or do you think once the hype is over, everyone will move on to the next big thing and all the attention will be for nothing? Will Charlie Sheen be a social media genius? 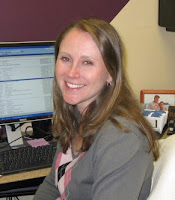 I realize that I wrote about the Oscars around this time last year and I was going to pick another topic for this week’s post. But then I went on Twitter and checked out #oscarsfail and instantly changed my mind.

Like many people out there, I watched the Oscars and agreed with most of the Twitter comments - it was a big yawn. Hosts Anne Hathaway and James Franco were just bad and there weren’t any big award upsets. The show was very predictable which also made it very boring. But then I came upon a tweet under #oscarsfail that said:

“In the future, live show producers should have contingency plans to make on-the-fly changes when social media chatter shows trainwrecks.”

That got me thinking – would a show – the most important, revered and glorified show in the entire movie industry, one that is watched in 200 countries around the world, really adapt itself based on Tweets from folks like you and me during the actual show? Talk about powerful.

Case in point: It seems like Hathaway and Franco didn’t stand a chance after the first five minutes into the show. The Tweets started rolling in – and they weren’t nice. In fact, the only real positive comments came when Billy Crystal made a guest appearance and received a standing ovation. So implementing the theory of changing the show based on Twitter comments, at that point, Hathaway and Franco should have been out and Crystal should have taken over.

Granted, that is a bit of an extreme example, but how far off the mark is the concept? Social media continues to be a powerful tool. We use it to promote ourselves, a product (or pan one), connect with friends and make new ones, and share our views on the world. It is social after all. To say that Twitter could one day have some direct input over the direction of a live show, Oscars or otherwise, doesn’t seem to be that far of a stretch.

And if you still don’t think that Twitter has the influence, you might want to consider this: The Oscars have been hyped for months and probably took even longer to put together, the cost being in the millions. But it only took about five minutes before the entire show was totally tanked by thousands on Twitter. Mostly by people like me who fancy themselves a critic. But as one real critic posted:

“The worst Oscar cast I’ve seen, and I go back awhile. Some great winners, a nice distribution of awards, but the show? Dead. In. The. Water.” ~ Roger Ebert.

So does Twitter (or any other social media network) have the influence to drive something like a live television program? Or should user comments be left just as they are?
Posted by thePRexperts at 1:59 PM 2 comments: