What does it take to be successful in PR? After you’ve been in this business a while, it’s a question you’ll be asked time and time again. There’s never one right answer, but there are some traits and skills that will help you establish a successful career in the field. Here are a few skills/traits that I think make a difference:

Of course, this list could go on and on. That’s why I’m counting on you to comment on the skills, abilities and traits you think are important to building a successful PR career. What do you think?
Posted by thePRexperts at 9:42 AM No comments:

Watching sports as a leisure activity? Not anymore! 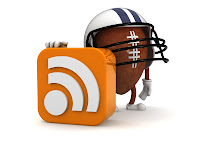 It could be age, or just a sign of the times, but watching sports just doesn’t seem as relaxing a way to pass the time as it used to be. Sitting down to watch a football game or baseball game at this time of year, with the fall colors arriving, cooler air and earlier sunsets, seemed like a great way to enjoy a Saturday or Sunday afternoon.


Maybe it’s the impact of the presidential election at the same time as football and the Major League Baseball playoffs, but it certainly doesn’t seem like the mood is lighter or that folks are treating each other any better. Or maybe the shorter days are messing with everybody’s moods and nobody likes to see the warm, fun-filled days of summer end, but is there something else going on?


Sports used to be about just watching the game. Oh sure, some people would keep track of player stats for fun, or fill out the lineup and score the game in their stadium program, but that’s pretty uncommon now. It’s been replaced by fantasy sports, a multi-million dollar – if not billion dollar – activity that’s all-consuming, and perhaps, is turning a fun thing into something akin to work. Your fantasy team’s quarterback isn’t performing up to snuff, well then maybe you think it’s OK to take a shot at him on social media? Your favorite team is having a bad season, so you spend all of your time rooting and following the stats of players – sometimes the rival of your own home team – all in the interest of winning your fantasy match-up.


People have always been depressed after their favorite team loses. That’s normal. But when you throw fantasy leagues and a financial investment into the mix, well, then suddenly sports aren’t just a leisure activity anymore, but something that requires paying attention beyond just watching a game. Is that good? Well, you could make the argument that it has certainly made the folks playing fantasy sports more aware of the sport they follow, and probably fine-tuned their math skills as well! But are we losing something in the mix? Are we taking sports too seriously?


Sports are both fun and in the case of the professional sports, a business. Maybe the balance is just out of whack, for reasons related to politics, or economics, or whatever. Maybe it’s just because my fantasy team is under-performing.

Do you get stressed and worked up about fantasy football or watching a game on TV?
Posted by thePRexperts at 12:19 PM No comments:

Is there still a place for longer-form journalism in our digital world?

There’s no doubt the news landscape has changed dramatically in recent years. I grew up with a daily newspaper, ABC, CBS and NBC television stations running local news at 6 and 10 p.m. and a few local radio stations that also carried local news. That’s a far cry from today when news is with us 24/7 from a seemingly endless source of news outlets.

So I found a recent post from Pew Research – 10 facts about the changing digital news landscape – to be rather interesting. I won’t list all 10 facts; but here are a few:

My first thought was that the four-in-ten figure for people getting news online seems a bit low. As for mobile being the preferred device for digital news or that Facebook and other social media platforms are common news sources, that’s no surprise.

The surprise to me is that “long-form journalism has a place in today’s mobile-centric society.” The Pew Research piece notes that “cellphone users spend more time on average with long-form news articles than with short form. In fact, the total engaged time with articles 1,000 words or longer averages about twice that of the engaged time with short-form stories: 123 seconds compared to 57. And on average, long-form content attracts about the same number of visitors as short-form content.”

I’m taking that as good news; people are still interested in longer stories even it seems that most of us have shorter attention spans today.

What do you think? Are you checking out longer-form stories on your mobile device?
Posted by thePRexperts at 8:31 AM No comments: