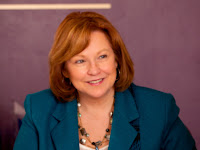 Remember in grade school or high school, when you were faced with the threat of something going into your “permanent record?” We always wondered who kept those permanent records and how long would they follow us through life. Then, as adults, the thought of a permanent record became a bit of a joke (maybe with the exception of our personnel files at work – never a joke).

But now it looks like your permanent record has become a reality. Facebook’s Timeline is very much like a permanent record of your life. As with all things Facebook, any major changes to the existing format are met with skepticism, criticism and eventually, acceptance (after all, who has a choice in the matter?)

The Facebook Timeline is a new kind of profile; one that literally turns everything you’ve ever posted on Facebook into a personal history. I would highly recommend you not simply accept whatever Facebook gives you for your Timeline. The Timeline can be changed and edited, and you’ll want to do that so it reflects who you are right now. Eliminate those college beer party pictures, comments by your ex partners/spouses/boyfriends/girlfriends, etc. Do you really want future employers or associates to see all of that?

There’s plenty of help available online to help you sort through the new feature. A couple of stories I found useful include:
Love it or hate it, the Timeline will be implemented on all Facebook accounts, so now’s the time to learn about it and figure out what you want included in your personal history, or I should say permanent record. It’ll be there…until the next Facebook change comes along.

Have you tried out Timeline…do you love it? Hate it? What tips do you have for customizing the Timeline?
Posted by thePRexperts at 9:26 AM

future employers and associated can't see anything that you don't want them to see. It would be illegal for Facebook to allow an employer to see a private Facebook page.