Would social media have made a difference? 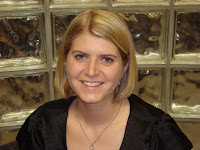 This week marks the 10 year anniversary of 9/11. From television programming, special ceremonies, dedications and more, it seemed like the whole world was remembering the day in one way or another.

Personally, I took an interest in the documentary, “102 minutes that changed America,” which aired on multiple channels the morning of the 10th anniversary. The documentary contained many never before seen clips of the attacks from residents and tourists of New York City who shot video on their cell phones or video cameras.

One thing about this documentary that intrigued me was the amount of confusion that surrounded that morning. Obviously, nobody ever expected something like this to happen, but it seemed like it took a relatively long time before anyone had any idea what was going on.

If Facebook, Twitter or YouTube would have been around on September 11, 2001, what do you think would have been different? Would the ease of sharing information have made the morning less or more confusing for the world?
Posted by thePRexperts at 11:00 AM

I think most of the social media tools would have likely crashed by the sheer volume of users following or reporting on the news that was happening.

That day and the weeks that followed 9/11 were some of the most somber in my memory for Americans and I personally don't feel that social media would have helped ease that feeling of helplessness while so many struggled.

However, if Facebook or Twitter did exist at that time, you can't help but wonder with hope if the passengers on the second plane that hit the World Trade Towers or those on board the flight that crashed into the Pentagon might have learned what was happening in time to try and prevent the terrorist plot.